Why You Should Go To An EPIK HIGH Concert: A Review of #EPIKTORONTO

On Sunday, more than a thousand fans squeezed into the sold-out Danforth Music Hall.  The rain made no difference, as a line of umbrellas stretched several blocks down the street for hours before the show.  The multi-talented Korean hip hop group from YG Entertainment comprises of 3 members: Tablo, Mithra Jin, and DJ Tukutz. As the Kpop genre continues to expand, the audience reflected the distinct K-Hip hop crowd: Ethnically diverse as usual, with wider selection of cool snapbacks and urban streetwear. 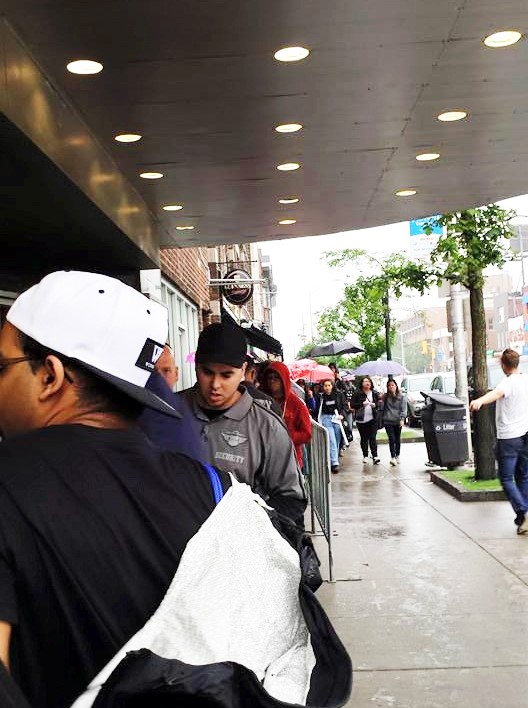 A little bit of rain never stopped a #highskooler!

Soon the doors opened and we swarmed around the stage, only to raise our eyebrows at the dainty classical music being played in the theatre. An interesting choice for a hip hop show. But the moment the lights dimmed blue and music blasted through the speakers, the deafening screams began!

Epik High was hot- And I mean HOT!  The three men radiated electric energy, at times stepping to the edge of the stage to get closer to the fans. As I glanced around, not a single person wasn’t sweating and thrashing around like it was their birthday! To no surprise, Tablo and Jin nailed every lyric and line. So much swag, it’s not even funny.

During breaktime, we listened to an endearing playback of the group paying tribute to North America. The crowd roared with laughter as they thanked the fans and mentioned Starbucks, Waterloo, Drake, and a necessary remark of, “I love bagels!” 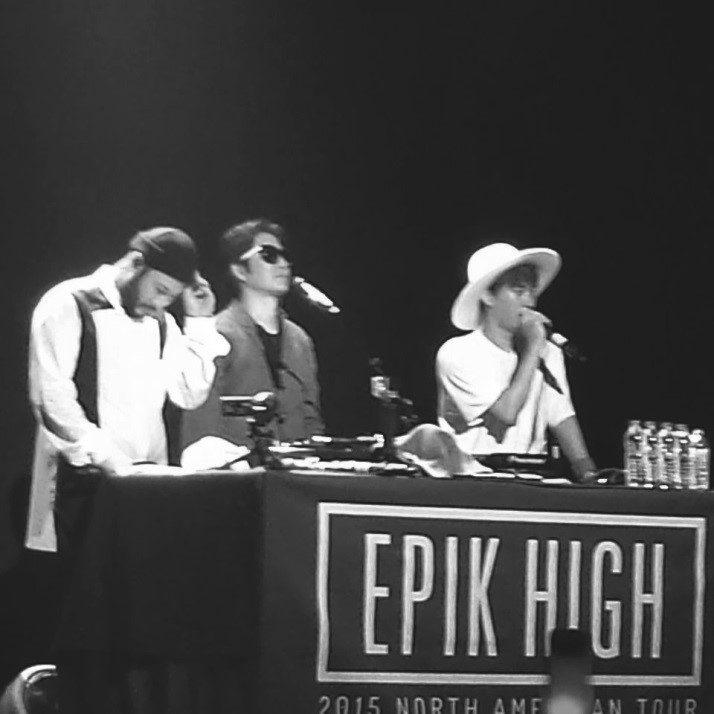 What was special about this concert, was how much live and thoughtful interaction was done with the audience. For one, the members took selfies with the audience throughout the entire show. During the second break, we were delighted to see DJ Tukutz dance hilariously to “Fantastic Baby”! And though the Danforth tends to become a sardine can after 40 minutes, I was glad that the group kept spraying the audience with water – Refreshing, and surprisingly intimate as well.

The group performed a selection of fist-pumping songs ranging from old to new, including the 2NE1 collab “UP” and Tablo’s rendition of “Eyes, Nose, Lips”. However, the show wasn’t complete without “Born Hater”, when my eardrums nearly blew out from the heightened cheers.  Before the concert was finished, the entire band brought out a celebration cake for the tour, which was soon planted into DJ Tukutz’s face (Poor Tukutz!)

We all chittered and strolled out with shiny faces, giant smiles and an incredible concert high. Epik High was a treat for Toronto, but it’s definitely not the last YG show here! Hallyu continues to trend in Canada as BIGBANG takes to the Air Canada Centre this October!  Get ready for more, Toronto!