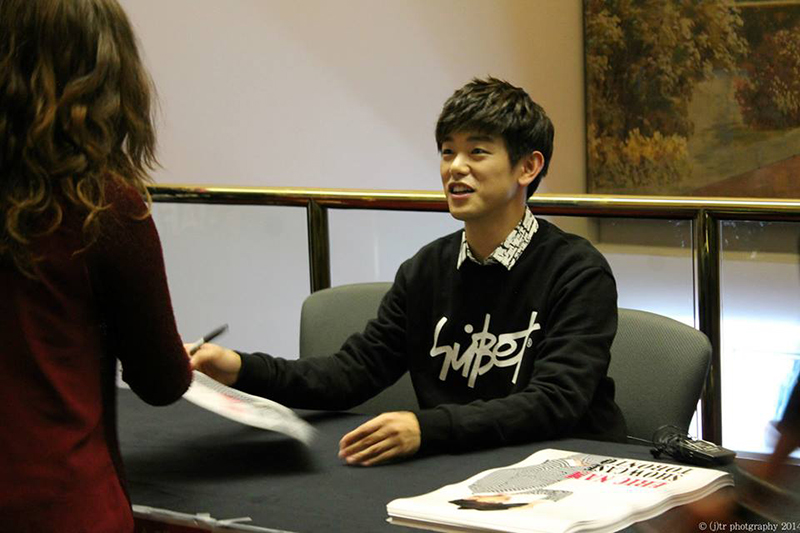 Eric was all smiles while signing posters for fans! Credit: Jorge Toledo—Ramirez.

Lina, one of the main organizers of the event, was graced with the opportunity to share the MC stage along with Eric Nam. When asked how she felt, Lina humbly responded , “Seeing how Eric, Yohan, and the fans smiled was more than enough. All the restless nights were worth it." 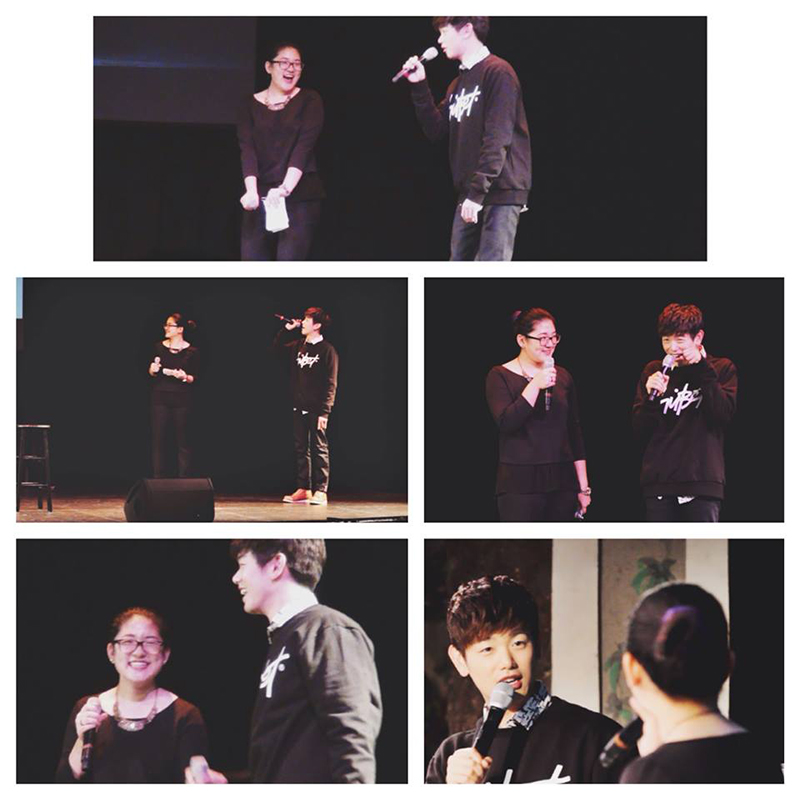 Lina and Eric sharing jokes and laughter together on stage!

Tickets were sold faster than the speed of light as fans (mostly female) had dreamed of getting close to the young star. The event took place on September 20th in the distinguished Winter Garden Theater, right in the heart of downtown Toronto. VIP and VVIP ticketholders also had the opportunity for a hi-touch, meet & greet session with Eric after the concert. 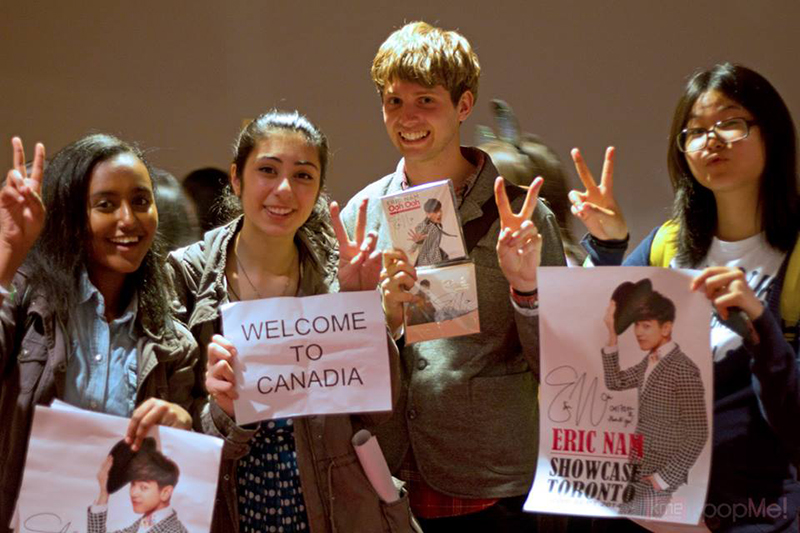 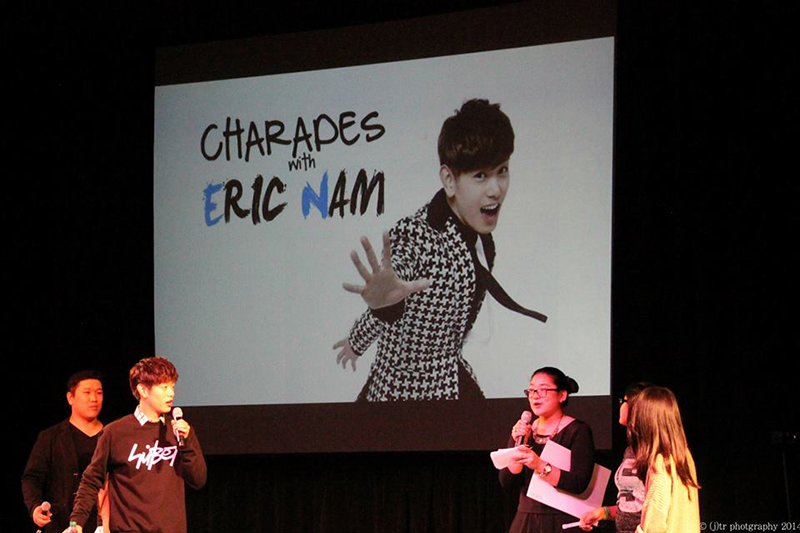 The concert featured unique interactive games with fans, as well as a Q & A Session. Credit: Jorge Toledo—Ramirez. 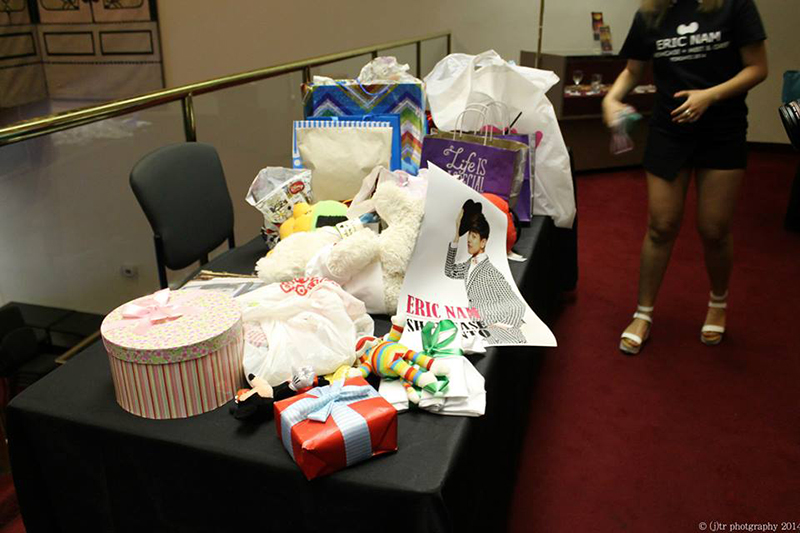 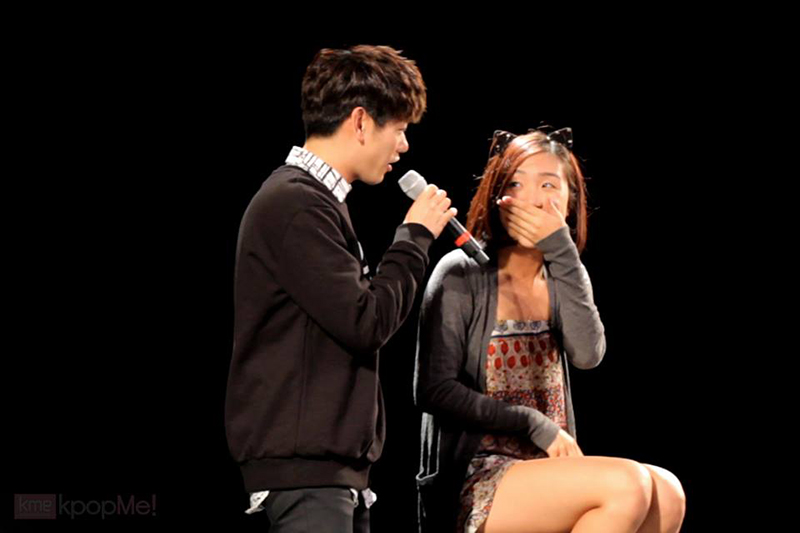 Ooh Ooh! A few very lucky fans were chosen for a serenade by Eric himself, with the song “Say Something”!  The two lucky winners were chosen out of many who sent in letters.  Credit: Jennifer Martin

As for whether Eric enjoyed himself?  We certainly think so, based on his latest twitter reply! Check it out for yourself! 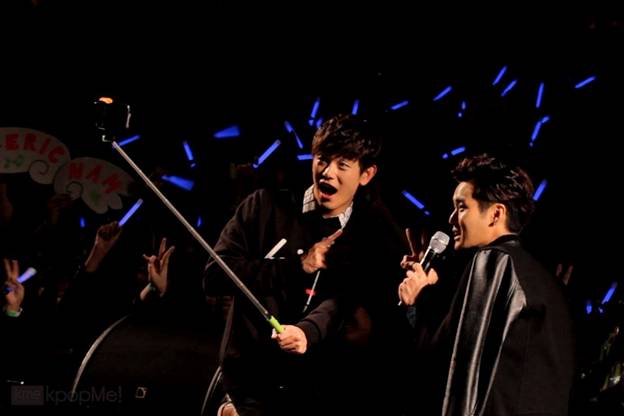 Thank you Jorge and Jennifer for sharing the photos, and a big congratulations to KpopMe for pulling off a wildly successful concert! We hope to see more of Eric Nam and Yohan in the future, while welcoming them back to Toronto with open arms.